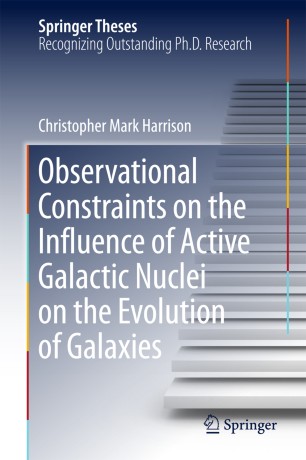 This prize-winning Ph.D. thesis by Chris Harrison adopts a multi-faceted approach to address the lack of decisive observational evidence, utilising large observational data sets from several world-leading telescopes. Developing several novel observational techniques, Harrison demonstrated that energetic winds driven by Active Galactic Nuclei (AGN) are found in a large number of galaxies, with properties in agreement with model predictions. One of the key unsolved problems in astrophysics is understanding the influence of AGN, the sites of growing supermassive black holes, on the evolution of galaxies. Leading theoretical models predict that AGN drive energetic winds into galaxies, regulating the formation of stars. However, until now, we have lacked the decisive observational evidence to confirm or refute these key predictions. Careful selection of targets allowed Harrison, to reliably place these detailed observations into the context of the overall galaxy population. However, in disagreement with the model predictions, Harrison showed that AGN have little global effect on star formation in galaxies. Theoretical models are now left with the challenge of explaining these results.