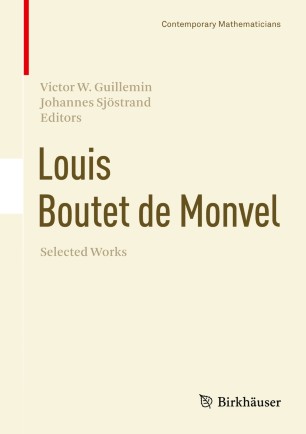 This book features a selection of articles by Louis Boutet de Monvel and presents his contributions to the theory of partial differential equations and analysis. The works selected here reveal his central role in the development of his field, including three cornerstones: firstly, analytic pseudodifferential operators, which have become a fundamental aspect of analytic microlocal analysis, and secondly the Boutet de Monvel calculus for boundary problems for elliptic partial differential operators, which is still an important tool also in index theory. Thirdly, Boutet de Monvel was one of the first people to recognize the importance of the existence of generalized functions, whose singularities are concentrated on a single ray in phase space, which led him to make essential contributions to hypoelliptic operators and to a very successful and influential calculus of Toeplitz operators with applications to spectral and index theory.

Other topics treated here include microlocal analysis, star products and deformation quantization as well as problems in several complex variables, index theory and geometric quantization. This book will appeal to both experts in the field and students who are new to this subject.