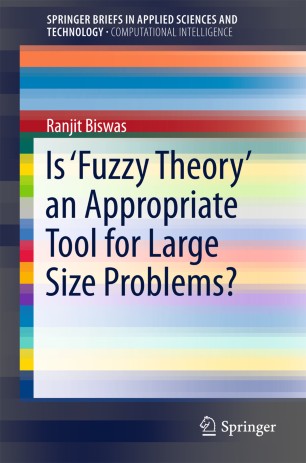 Is ‘Fuzzy Theory’ an Appropriate Tool for Large Size Problems?

The work in this book is based on philosophical as well as logical views on the subject of decoding  the ‘progress’ of  decision making process in the cognition system of a decision maker (be it a human or an animal or a bird or any living thing which has a brain) while evaluating the membership value µ(x)  in a fuzzy set  or in an intuitionistic fuzzy set or in any such soft computing set model or in a crisp set.  A new theory is introduced called by “Theory of CIFS”.   The following two hypothesis are hidden facts in fuzzy computing or in any soft computing process :-

Fact-1: A decision maker (intelligent agent)  can never use or apply  ‘fuzzy theory’ or any soft-computing set theory without intuitionistic fuzzy system.