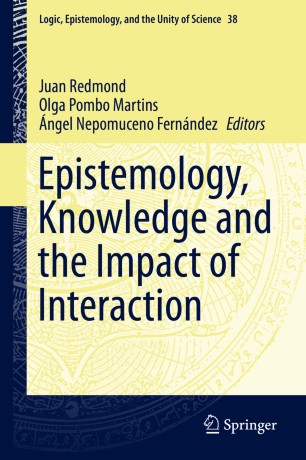 Epistemology, Knowledge and the Impact of Interaction

Part of the Logic, Epistemology, and the Unity of Science book series (LEUS, volume 38)

With this volume of the series Logic, Epistemology, and the Unity of Science edited by S. Rahman et al. a challenging dialogue is being continued. The series’ first volume argued that one way to recover the connections between logic, philosophy of sciences, and sciences is to acknowledge the host of alternative logics which are currently being developed. The present volume focuses on four key themes. First of all, several chapters unpack the connection between knowledge and epistemology with particular focus on the notion of knowledge as resulting from interaction. Secondly, new epistemological perspectives on linguistics, the foundations of mathematics and logic, physics, biology and law are a subject of analysis. Thirdly, several chapters are dedicated to a discussion of Constructive Type Theory and more generally of the proof-theoretical notion of meaning. Finally, the book brings together studies on the epistemic role of abduction and argumentation theory, both linked to non-monotonic approaches to the dynamics of knowledge.