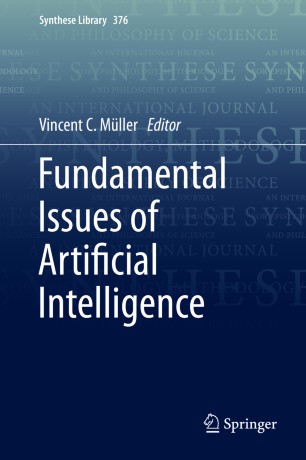 This volume offers a look at the fundamental issues of present and future AI, especially from cognitive science, computer science, neuroscience and philosophy. This work examines the conditions for artificial intelligence, how these relate to the conditions for intelligence in humans and other natural agents, as well as ethical and societal problems that artificial intelligence raises or will raise.
The key issues this volume investigates include the relation of AI and cognitive science, ethics of AI and robotics, brain emulation and simulation, hybrid systems and cyborgs, intelligence and intelligence testing, interactive systems, multi-agent systems, and super intelligence.
Based on the 2nd conference on “Theory and Philosophy of Artificial Intelligence” held in Oxford, the volume includes prominent researchers within the field from around the world.

Vincent C. Müller's research focuses on the nature and future of computational systems, particularly on the prospects of artificial intelligence. He is the coordinator of the European Network for Cognitive Systems, Robotics and Interaction (2009-2014) with over 800 members. He has organised a number of prominent conferences in the field. Müller has published a number of articles and edited volumes on the philosophy of computing, the philosophy of AI and cognitive science, the philosophy of language, and related areas. He works at Anatolia College/ACT and at the University of Oxford.

“It is a deep study and anyone interested in Alan Turing and AI will find a lot of interesting material. Doctoral candidates can use the book to spin off ideas and think about open issues. The many reference papers can serve as a wealth of information as well. I highly recommend this book for those in academia.” (Naga Narayanaswamy, Computing Reviews, January, 2017)
Buy options