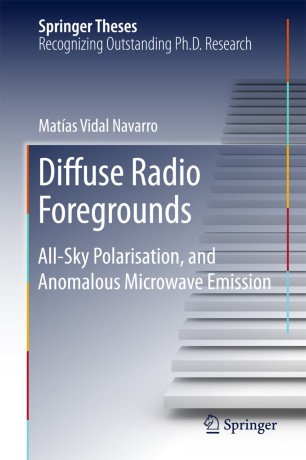 This extensive thesis work covers several topics, including intensity and polarization, focusing on a new polarization bias reduction method. Vidal studied data from the WMAP satellite, which is low signal-to-noise and as such has to be corrected for polarization bias. He presents a new method for correcting the data, based on knowledge of the underlying angle of polarization. Using this novel method, he sets upper limits for the polarization fraction of regions known to emit significant amounts of spinning dust emissions. He also studies the large-scale loops and filaments that dominate the synchrotron sky. The dominant features are investigated, including identification of several new features. For the North Polar Spur, a model of an expanding shell in the vicinity of the Sun is tested, which appears to fit the data. Implications for CMB polarization surveys are also discussed. In addition, Vidal presents interferometric observations of the dark cloud LDN 1780 at 31 GHz and shows that the spinning dust hypothesis can explain the radio properties observed.