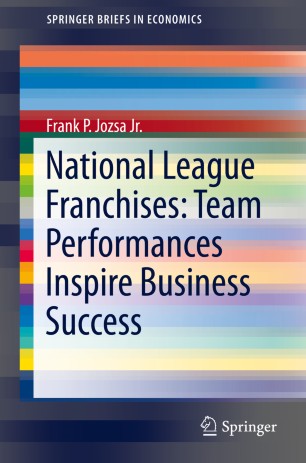 This brief analyzes each of the Major League Baseball (MLB) franchises in the National League and their past regular-season and postseason records and financial performances while operating as competitive, popular, and profitable or unprofitable enterprises. Using sport-specific information and relevant demographic, economic, and financial data, this brief will highlight when and how well these MLB teams performed and the financial status and significance of their organization as a member of an elite professional baseball league. The brief also investigates the success of teams in terms of wins and losses based on home attendance at their ballparks, market value, and revenue. Furthermore, it compares the history, productivity, and prosperity of the franchises among rivals in their division like the Atlanta Braves and New York Mets in the National League East Division, Chicago Cubs and Cincinnati Reds in the Central Division, and Los Angeles Dodgers and San Francisco Giants in the West Division. This brief will be on interest to practitioners and scholars who research the sports industry, college and university professors who teach undergraduate and graduate students majoring in sports administration, business, economics and management, and fans of the sport.

Born in Terre Haute, Indiana in 1941, Frank Jozsa completed elementary and secondary schools there and then in 1963, graduated with a Bachelor of Science in accounting from Indiana State College. After serving as a logistics officer for five years in the military, he worked for Ford Motor Company in Detroit, Michigan and then Indiana National Bank in Indianapolis, Indiana. In the early-to-mid-1970s, Jozsa earned a Master of Business Administration and then a Master of Science and Doctorate of Philosophy degrees in economics and since the late 1970s, taught classes in economics, statistics, and business administration to undergraduate and graduate students at various American colleges and universities. Besides teaching, he also authored articles, his memoirs, twelve books about the business, economics, and operations of major leagues and their franchises in professional team sports, and also another book on commercialism in college sports programs (SpringerBrief in Economics, 2013). After thirty-five years of full-time teaching, Jozsa retired in 2007 from Pfeiffer University in Charlotte, North Carolina.