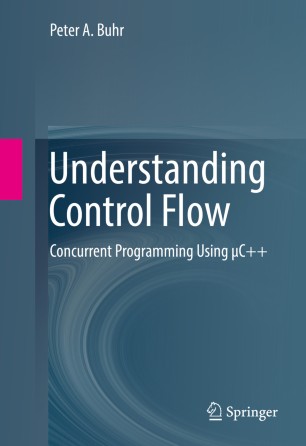 Understanding Control Flow: With Concurrent Programming Using μC++ starts with looping, and works through each of the basic control-flow concepts, examining why each is fundamental and where it is useful. Time is spent on each concept according to its level of difficulty. Examples and exercises are also provided in this textbook.

New programming methodologies are requiring new forms of control flow, and new programming languages are supporting these methodologies with new control structures, such as the concurrency constructs discussed in this textbook. Most computers now contain multi-threading and multi-cores, while multiple processors and distributed systems are ubiquitous — all of which require advanced programming methodologies to take full advantage of the available parallelism summarized in this textbook.  Advance forms of control flow are becoming basic programming skills needed by all programmers, not just graduate students working in the operating systems or database disciplines.

This textbook is designed for advanced-level students studying computer science and engineering. Professionals and researchers working in this field, specifically programming and software engineering, will find this book useful as a reference.