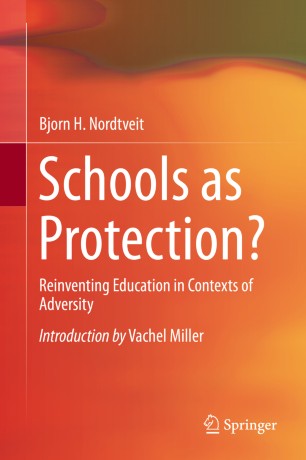 Reinventing Education in Contexts of Adversity

In 1900 the Swedish social theorist Ellen Key launched the idea of a Century of the Child. Recent media reports, from shooting and racial violence in the US to the latest news from ISIS-dominated areas provide a darker vision: it is certainly not a time for children; it is a time during which children’s wellbeing is being the cause of worry. This book is about schools and protection of children, and proposes ways to ensure the minimum standards of safety in schools. The issue of protection is not only important in specific conflict settings, but also more and more in mainstream schools in the Western context. Therefore the book is not focusing on a specific geographic area, but analyzing various contexts of adversity, including those affected by poverty, high incidence of HIV/AIDS, as well as conflict and post conflict-affected areas. It also illustrates the effects of such contexts:
• non-enrollment of children or early dropout from school;
• various forms of abuse and bullying at home and school;
• increased incidence of child marriage;

• abusive child labor, and in some cases, the worst forms of child labor.
The school emerges as an institution that could play a stronger role in protection of children and that also could provide better support in the transition from childhood to work and marriage.