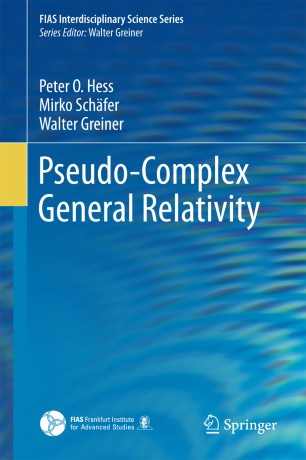 This volume presents an pseudo-complex extension of General Relativity which addresses these issues and presents proposals for experimental examinations in strong fields near a large mass. General Relativity is a beautiful and well tested theory of gravitation. Nevertheless, it implies conceptual problems like the creation of singularities (Black Holes) as a result of the collapse of large masses, or the appearance of event horizons which exclude parts of the space-time from the observation of external observers. The mathematical and geometrical foundations of this extension are displayed in detail, and applications including orbits and accretion disks around large central masses, neutron stars or cosmological models are introduced. Calculations both for classical and extended applications are often executed in the form of problems with extensive solutions, which makes this volume also a valuable resource for any student of General Relativity.