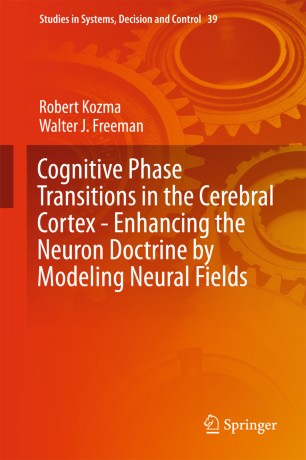 Part of the Studies in Systems, Decision and Control book series (SSDC, volume 39)

This intriguing book was born out of the many discussions the authors had in the past 10 years about the role of scale-free structure and dynamics in producing intelligent behavior in brains.
The microscopic dynamics of neural networks is well described by the prevailing paradigm based in a narrow interpretation of the neuron doctrine. This book broadens the doctrine by incorporating the dynamics of neural fields, as first revealed by modeling with differential equations (K-sets).  The book broadens that approach by application of random graph theory (neuropercolation). The book concludes with diverse commentaries that exemplify the wide range of mathematical/conceptual approaches to neural fields.
This book is intended for researchers, postdocs, and graduate students, who see the limitations of network theory and seek a beachhead from which to embark on mesoscopic and macroscopic neurodynamics.