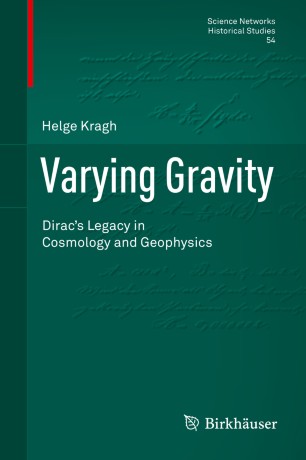 Dirac’s Legacy in Cosmology and Geophysics

The main focus of this book is on the interconnection of two unorthodox scientific ideas, the varying-gravity hypothesis and the expanding-earth hypothesis. As such, it provides a fascinating insight into a nearly forgotten chapter in both the history of cosmology and the history of the earth sciences.

The hypothesis that the force of gravity decreases over cosmic time was first proposed by Paul Dirac in 1937. In this book the author examines in detail the historical development of Dirac’s hypothesis and its consequences for the structure and history of the earth, the most important of which was that the earth must have been smaller in the past.