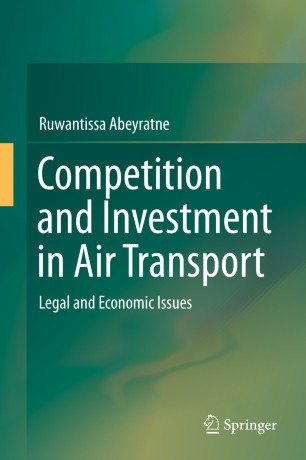 This book addresses emerging legal and economic issues in competition and investment in air transport, against the backdrop of the role governments and airlines should play in avoiding protectionism and encouraging innovation and creativity. It evaluates current trends in air transport and the direction the industry is taking in the twenty first century. There are discussions on key aspects of air transport, such as safety assurance and environmental protection, as they are impacted by competition. The rapid evolution of aerospace transport and its effect on competition in air transport is also examined. A recurring theme of the book is the influence of creative destruction and disruptive innovation on air transport. This is addressed through an in-depth study of the contentious areas of law relating to the abuse of dominant positions and state aid, as reflected in the ongoing claim by the three largest US carriers against Gulf carriers such as Emirates Airlines, Etihad and Qatar Airways. The US carriers claim that Emirates and Etihad – which operate air services into the United States by virtue of an open-skies agreement between the US and The United Arab Emirates - are using generous subsidies given to them by their g

overnments to illegally capture the “legitimate” market belonging to the US carriers. These issues are clarified in the book using analyses of competition law and investment law as they apply to air transport, free-trade-agreement analogies and an open-skies case study.