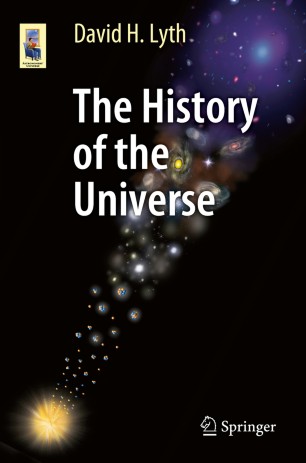 The History of the Universe

This book gives an accessible account of the history of the Universe; not only what happened, but why it happened. An author of textbooks on the early Universe and inflation, David Lyth now explains both cosmology and the underlying physics to the general reader. The book includes a detailed account of the almost imperceptible structure in the early Universe, and its probable origin as a quantum fluctuation during an early epoch known as the epoch of inflation. It also explains how that early structure is visible now in the cosmic microwave radiation which is our main source of information about the early Universe, and how it gave rise to galaxies and stars.

The main text of the book assumes no knowledge of mathematics or physics so that it is accessible to everybody, while an appendix contains more advanced material. As a result the book will be useful for a wide spectrum of readers, including high-school students, undergraduates, postgraduates and professional physicists working in areas other than cosmology. It will also serve as “additional reading” for university courses in general astronomy, astrophysics or cosmology itself.