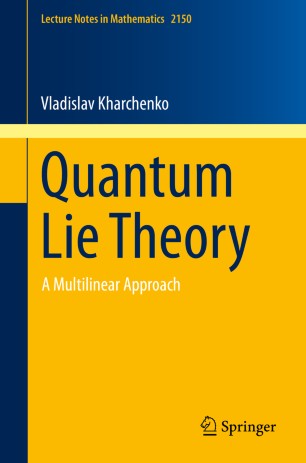 This is an introduction to the mathematics behind the phrase “quantum Lie algebra”. The numerous attempts over the last 15-20 years to define a quantum Lie algebra as an elegant algebraic object with a binary “quantum” Lie bracket have not been widely accepted. In this book, an alternative approach is developed that includes multivariable operations. Among the problems discussed are the following: a PBW-type theorem; quantum deformations of Kac--Moody algebras; generic and symmetric quantum Lie operations; the Nichols algebras; the Gurevich--Manin  Lie algebras;  and Shestakov--Umirbaev  operations for the Lie theory of nonassociative products.  Opening with an introduction for beginners and continuing as a textbook for graduate students in physics and mathematics, the book can also be used as a reference by more advanced readers. With the exception of the introductory chapter, the content of this monograph has not previously appeared in book form.