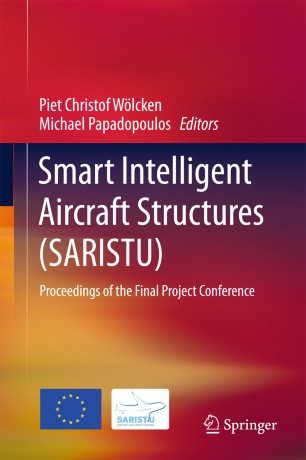 Proceedings of the Final Project Conference

The book includes the research papers presented in the final conference of the EU funded SARISTU (Smart Intelligent Aircraft Structures) project, held at Moscow, Russia between 19-21 of May 2015. The SARISTU project, which was launched in September 2011, developed and tested a variety of individual applications as well as their combinations.

With a strong focus on actual physical integration and subsequent material and structural testing, SARISTU has been responsible for important progress on the route to industrialization of structure integrated functionalities such as Conformal Morphing, Structural Health Monitoring and Nanocomposites.

The gap- and edge-free deformation of aerodynamic surfaces known as conformal morphing has gained previously unrealized capabilities such as inherent de-icing, erosion protection and lightning strike protection, while at the same time the technological risk has been greatly reduced. Individual structural health monitoring techniques can now be applied at the part-manufacturing level rather than via extending an aircraft’s time in the final assembly line. And nanocomposites no longer lose their improved properties when trying to upscale from neat resin testing to full laminate testing at element level.

As such, this book familiarizes the reader with the most significant develo

pments, achievements and key technological steps which have been made possible through the four-year long cooperation of 64 leading entities from 16 different countries with the financial support of the European Commission.