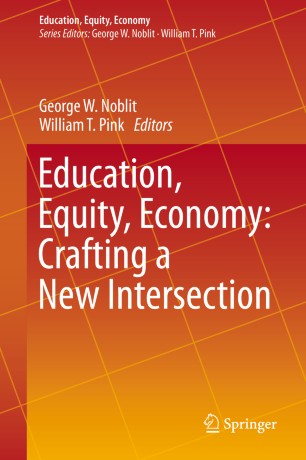 This volume will introduce the readers to an alternative nexus of education, equity and economy, pointing to economies and educations that promote a less stratified and exploitive world, and as the chapter authors demonstrate, this view has a wide range of applications, from technology, mathematics, to environmental catastrophes and indigenous cultures.

This first volume in the new book series not only introduces the series itself, but also several authors whose chapters that appear here presage the in-depth analysis that will be offered by their volumes in the series.

Education is invoked repeatedly in the ‘class warfare’ that pits the population against the elites as the investment that makes the difference, in terms of both policy and individual commitment, in the economy. The economy in this scenario is competitive, accumulative, exploitive and stratifying, implying education should mirror this, and prepare people to fit this economy. However, education has other historic goals of developing common cultures, national identities, and civic engagement that belie this form of economic determinism. This volume and the series will explore this new nexus of economy and education with equity.