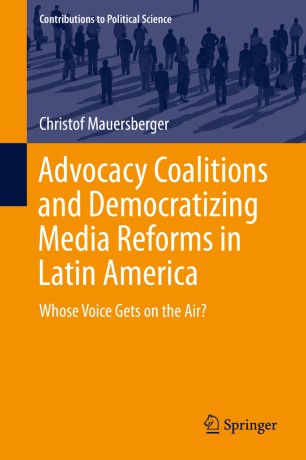 Whose Voice Gets on the Air?

This book examines democratizing media reforms in Latin America. The author explains why some countries have recently passed such reforms in the broadcasting sector, while others have not. By offering a civil society perspective, the author moves beyond conventional accounts that perceive media reforms primarily as a form of government repression to punish oppositional media. Instead, he highlights the pioneering role of civil society coalitions, which have managed to revitalize the debate on communication rights and translated them into specific regulatory outcomes such as the promotion of community radio stations. The book provides an in-depth, comparative analysis of media reform debates in Argentina and Brazil (analyzing Chile and Uruguay as complementary cases), supported by original qualitative research. As such, it advances our understanding of how shifting power relations and social forces are affecting policymaking in Latin America and beyond.