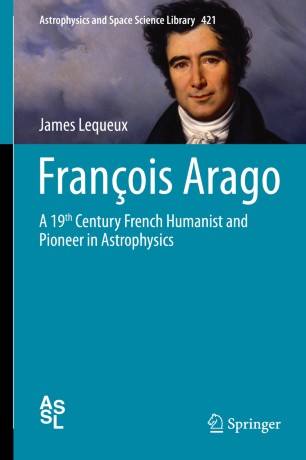 A 19th Century French Humanist and Pioneer in Astrophysics

François Arago, the first to show in 1810 that the surface of the Sun and stars is made of incandescent gas and not solid or liquid, was a prominent physicist of the 19th century. He used his considerable influence to help Fresnel, Ampere and others develop their ideas and make themselves known. This book covers his personal contributions to physics, astronomy, geodesy and oceanography, which are far from negligible, but insufficiently known. Arago was also an important and influential political man who, for example, abolished slavery in the French colonies. One of the last humanists, he had a very broad culture and range of interests. In parallel to his biography, this title also covers the spectacular progresses of science at the time of Arago, especially in France: the birth of physical optics, electromagnetism and thermodynamics. Francois Arago’s life is a fascinating epic tale that reads as a novel.