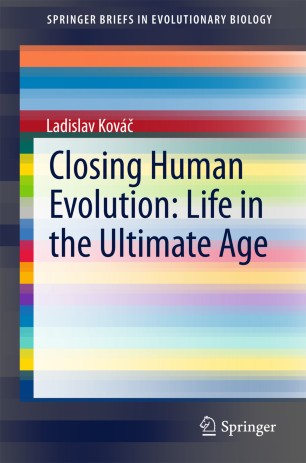 Part of the SpringerBriefs in Evolutionary Biology book series (BRIEFSEVOLUTION)

This volume analyses the evolution of humankind by combining approaches from science and the arts. It offers a novel perspective on the evolution of life on Earth, based on a recent reformulation of the second law of thermodynamics in terms of the “maximum entropy production principle.”

In essence, the Earth is but one of many “white holes” in the universe, where life functions as a specific arrangement for the rapid dissipation of energy gradients by generating self-organized structures. Evolution of life in the universe is a creative process of increasing complexity as a Bayesian ratchet of knowledge accumulation, advancing in an evolutionary maze characterized by myriad blind alleys. On Earth, the human species has progressed more than any other by creating artefacts that have become both agents and products of in our cumulative cultural evolution. Culture has dramatically enhanced the rate of dissipation of energy gradients. Extrapolating from the acceleration of cultural evolution suggests that humanity will reach the Civilization Singularity in the middle of the 21st century, a point in time at which the rate of changes, and hence their unpredictability and uncontrollability, will converge to infinity. Humankind has now entered the ultimate age, in which the exuberance and splendour of human feats may be metaphorically likened to fireworks.

The author highlights a new role of scientists as intellectuals who can create “music for the fireworks” by analysing the consequences of the astounding dynamics in order to make the closing phase of human evolution a sublime one marked by minimal political and social tensions.