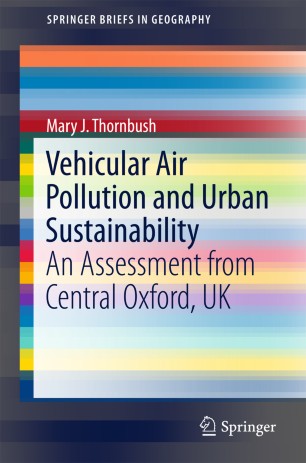 An Assessment from Central Oxford, UK

This Brief examines the impact of the Oxford Transport Strategy in central Oxford as a means of assessing the effect of reduced traffic congestion in the city centre on its sustainability. Air pollution (from vehicular traffic) has been monitored at three locations in central Oxford on the High Street, St Aldates and St Ebbes (background monitoring station). There is a further monitoring site situated in East Oxford, but this one is not considered to be central. Based on long-term monitoring at these monitoring stations, a deliberation of urban sustainability is presented. Implications are considered for long-term planning and green design in particular is part of the discussion. More specifically, urban greening strategies are presented as (soft engineering) approaches to controlling air pollution problems at this urban location. In the context of low carbon cities, green walls are assessed as they affect urban greening and energy conservation, as they enhance insulation on the exterior of solid wall buildings. Urban sustainability is best monitored using decades of data rather than just years. The Oxford Transport Strategy (OTS) was implemented in central Oxford, UK in 2001 and now a record of at least a decade of monitoring data is available for such a longer-term assessment. This work revisits the OTS from long after its implementation in the Oxford city centre and specifically examines the impact of reduced traffic congestion on sustainability. This includes address of traffic congestion, air pollution (from vehicular or traffic pollution) and the effects on the urban environment, including buildings. In parallel to this, the role of urban vegetation is considered as a sink for a variety of pollutants. Green walls, as part of urban greening, have implications for low carbon cities in the context of urban heat islands and global warming.