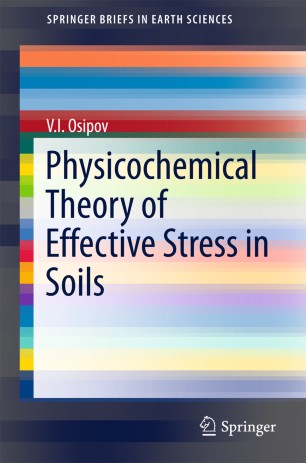 This book presents a new theory of effective stresses in soils, which takes into account the internal stresses caused by the molecular, electrostatic, and structural mechanical forces. These forces exist in thin hydrate films of adsorbed water molecules at the contacts of structural elements, producing the so-called disjoining effect. They can be evaluated by incorporating theoretical achievements of molecular physics and colloidal chemistry. The novel theory described in this book considers not only external but also internal stresses and gives different results for effective forces compared with the Terzaghi theory widely applied in soil mechanics. The book provides equations for the actual effective stresses at the contacts of particles, thus improving the Terzaghi theory in physicochemical context.