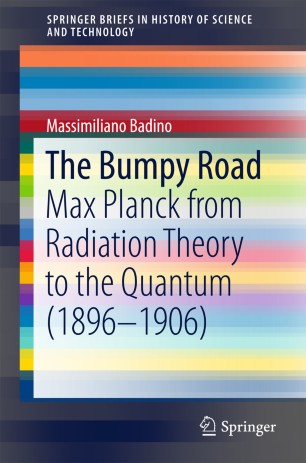 This book examines the different areas of knowledge, traditions, and conceptual resources that contributed to the building of Max Planck’s theory of radiation. It presents an insightful comparative analysis that not only sheds light upon a fundamental chapter in the history of modern physics, but also enlarges our understanding of how theoreticians work.

Coverage offers a deep investigation into the technical aspects behind the theory and extends in time the notion of quantum revolution. It also presents a full-fledged discussion of the combinatorial part of Planck’s theory and places emphasis on the epistemological role of mathematical practices. By painstakingly reconstructing both the electromagnetic and the combinatorial part of Planck’s black-body theory, the author shows how some apparently merely technical resources, such as the Fourier series, effectively contributed to shape the final form of Planck’s theory.

For decades, historians have debated the conditions of possibility of Max Planck’s discovery as a paradigmatic example of scientific revolution. In particular, the use of combinatorics, which eventually paved the way for the introduction of the quantum hypothesis, has remained a puzzle for experts. This book presents a fresh perspective on this important debate that will appeal to historians and philosophers of science.