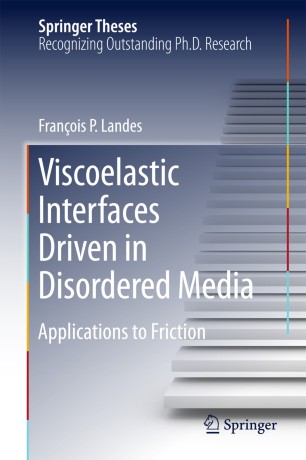 This book offers an in-depth study of two well-known models of “avalanche” dynamics, modified minimally by the inclusion of relaxation. Many complex systems respond to continuous inputs of energy by accumulation of stress over time, interrupted by sudden energy releases called avalanches. The first model studied is the viscoelastic interface driven over disorder, which is shown to display the fundamental features of friction. In the mean-field limit, the friction force derived semi-analytically is compatible with laboratory experiments (displaying both velocity weakening and contact aging). In two dimensions, large-scale numerical simulations are in good agreement with the basic features of real earthquakes (Gutenberg-Richter Law, aftershock migration). The second model is a non-Markovian variant of Directed Percolation, in which we observe that the universality class is only partly modified by relaxation, a promising finding with respect to our first model.