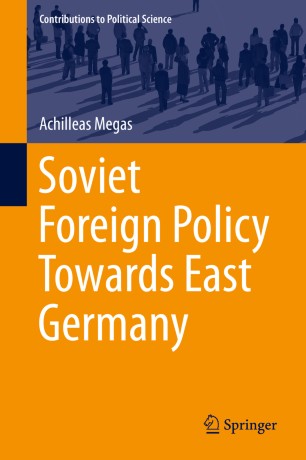 This book examines Soviet Foreign Policy towards East Germany in the late 1980s. By focusing on the complex interaction between domestic political thought and developments in the international system, the author illustrates the hierarchical relationship between the GDR and the USSR and offers different perspectives for understanding Soviet foreign policy. The books demonstrates that shifts in Soviet policy towards the GDR stemmed, on the one hand, from the international level, in that Soviet security was legitimated by the existence of two full-fledged German states, and, on the other, may be best explained in terms of ideas and Gorbachev’s new political philosophy.​