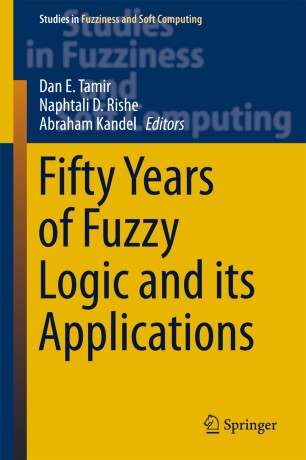 Fifty Years of Fuzzy Logic and its Applications

Part of the Studies in Fuzziness and Soft Computing book series (STUDFUZZ, volume 326)

This book presents a comprehensive report on the evolution of Fuzzy Logic since its formulation in Lotfi Zadeh’s seminal paper on “fuzzy sets,” published in 1965. In addition, it features a stimulating sampling from the broad field of research and development inspired by Zadeh’s paper. The chapters, written by pioneers and prominent scholars in the field, show how fuzzy sets have been successfully applied to artificial intelligence, control theory, inference, and reasoning. The book also reports on theoretical issues; features recent applications of Fuzzy Logic in the fields of neural networks, clustering, data mining, and software testing; and highlights an important paradigm shift caused by Fuzzy Logic in the area of uncertainty management. Conceived by the editors as an academic celebration of the fifty years’ anniversary of the 1965 paper, this work is a must-have for students and researchers willing to get an inspiring picture of the potentialities, limitations, achievements and accomplishments of Fuzzy Logic-based systems.