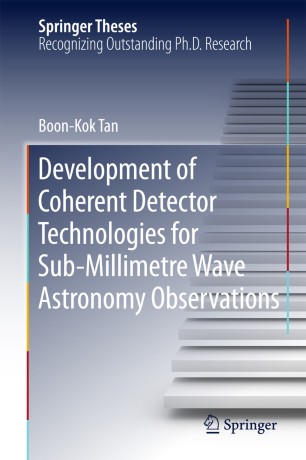 The thesis describes the development of receiver technologies for sub-millimetre astronomy instruments, focusing on high performance coherent cryogenic detectors operating close to the superconductor gap frequency. The mixer chip which comprises the SIS devices, fed by a unilateral finline and matching planar circuits was fabricated on 15 micron silicon substrate using the recently developed Silicon-On-Insulator (SOI) technology. This offered broadband IF and RF performance, with fully integrated on-chip planar circuits resulting in an easily reproducible mixer chip and a simple mixer block. An important consequence of this design is that it can be extended to the supra-THz region and making the fabrication of multi-pixel heterodyne arrays feasible. The extension of the operation of major telescopes such as ALMA, APEX and the GLT from single pixel to large format arrays is the subject of extensive research at present time since it will allow fast mapping combined with high resolution of the submillimetre sky. The technology described in this thesis makes a major contribution to this effort.