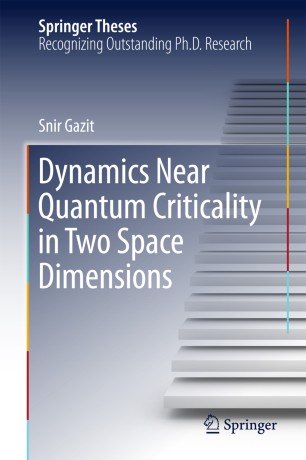 This work addresses dynamical aspects of quantum criticality in two space dimensions. It probes two energy scales: the amplitude (Higgs) mode, which describes fluctuations of the order parameter amplitude in the broken symmetry phase, and the dual vortex superfluid stiffness. The results demonstrate that the amplitude mode can be probed arbitrarily close to criticality in the universal lineshape of the scalar susceptibility and the optical conductivity. The hallmark of quantum criticality is the emergence of softening energy scales near the phase transition. In addition, the author employs the charge-vortex duality to show that the capacitance of the Mott insulator near the superfluid to insulator phase transition serves as a probe for the dual vortex superfluid stiffness. The numerical methods employed are described in detail, in particular a worm algorithm for O(N) relativistic models and methods for numerical analytic continuation of quantum Monte Carlo data. The predictions obtained are particularly relevant to recent experiments in cold atomic systems and disordered superconductors.