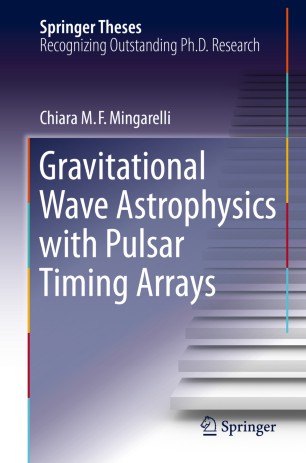 This Ph.D. thesis from the University of Birmingham UK opens new research avenues in the use of Pulsar Timing Arrays (PTAs) to study populations of super-massive black hole binaries through gravitational-wave observations. Chiara Mingarelli's work has shown for the first time that PTAs can yield information about the non-linear dynamics of the gravitational field. This is possible because PTAs capture, at the same time, radiation from the same source emitted at stages of its binary evolution that are separated by thousands of years.  Dr. Mingarelli, who is the recipient of a Marie Curie International Outgoing Fellowship, has also been amongst the pioneers of the technique that will allow us to probe the level of anisotropy of the diffuse gravitational-wave background radiation from the whole population of super-massive black hole binaries in the Universe. Indeed, future observations will provide us with hints about the distribution of galaxies harboring massive black holes and insights into end products of hierarchical mergers of galaxies.