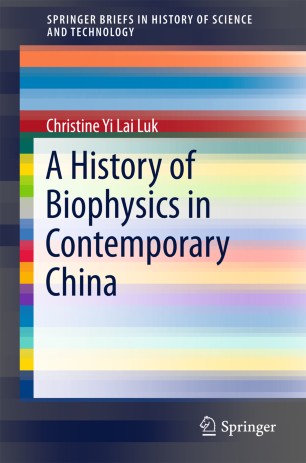 A History of Biophysics in Contemporary China

This book gives a concise history of biophysics in contemporary China, from about 1949 to 1976. It outlines how a science specialty evolved from an ambiguous and amorphous field into a fully-fledged academic discipline in the socio-institutional contexts of contemporary China. The book relates how, while initially consisting of cell biologists, the Chinese biophysics community redirected their disciplinary priorities toward rocket science in the late 1950s to accommodate the national interests of the time. Biophysicists who had worked on biological sounding rockets were drawn to the military sector and continued to contribute to human spaceflight in post-Mao China. Besides the rocket-and-space missions which provided the material context for biophysics to expand in the late 1950s and early 1960s, Chinese biophysicists also created research and educational programs surrounding biophysics by exploiting the institutional opportunities afforded by the policy emphasis on science's role to drive modernization. The book explores and demonstrates the collective achievements and struggles of Chinese biophysicists in building their scientific discipline.