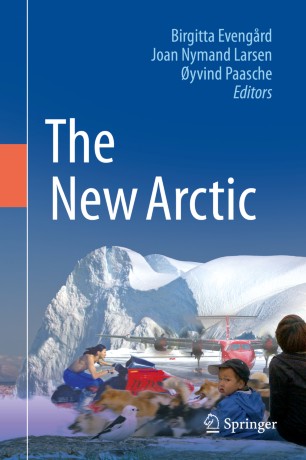 In the late 18th century explorers and scientists started venturing into the Arctic in a heroic and sometimes deadly effort to understand and unveil the secrets of the unforgiving and mysterious polar region of the high north. Despite that the Arctic was already populated mattered less for the first wave of polar researchers and explorations who nevertheless, brought back valuable knowledge. Today the focus in Arctic science and discourse has changed to one which includes the peoples and societies, and their interaction with the world beyond.

The image of a static Arctic - heralded first by explorers - prevailed for a long time, but today the eyes of the World see the Arctic very differently. Few, if any, other places on Earth are currently experiencing the kind of dramatic change witnessed in the Arctic. According to model forecasts, these changes are likely to have profound implications on biophysical and human systems, and will accelerate in the decades to come.

“The New Arctic” highlights how, and in what parts, the natural and political system is being transformed. We’re talking about a region where demography, culture, and political and economic systems are increasingly diverse, although many common interests and aspects remain; and with the new Arctic now firmly placed in a global context. Settlements range from small, predominantly indigenous communities, to large industrial cities, and all have a link to the surrounding environment, be it glaciers or vegetation or the ocean itself.

“The New Arctic” contributes to our further understanding of the changing Arctic. It offers a range of perspectives, which reflect the deep insight of a variety of scientific scholars across many disciplines bringing a wide range of expertise. The book speaks to a broad audience, including policy-makers, students and scientific colleagues.