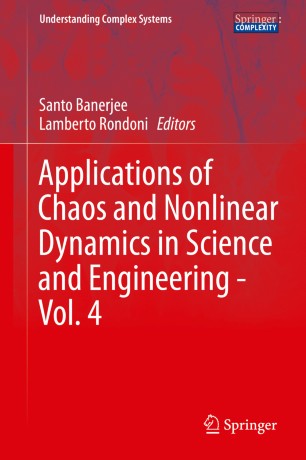 Applications of Chaos and Nonlinear Dynamics in Science and Engineering - Vol. 4

Chaos and nonlinear dynamics initially developed as a new emergent field with its foundation in physics and applied mathematics. The highly generic, interdisciplinary quality of the insights gained in the last few decades has spawned myriad applications in almost all branches of science and technology—and even well beyond. Wherever quantitative modeling and analysis of complex, nonlinear phenomena is required, chaos theory and its methods can play a key role.

This fourth volume concentrates on reviewing further relevant contemporary applications of chaotic and nonlinear dynamics as they apply to the various cuttingedge branches of science and engineering. This encompasses, but is not limited to, topics such as synchronization in complex networks and chaotic circuits, time series analysis, ecological and biological patterns, stochastic control theory and vibrations in mechanical systems.

Featuring contributions from active and leading research groups, this collection is ideal both as a reference and as a ‘recipe book’ full of tried and tested, successful engineering applications.