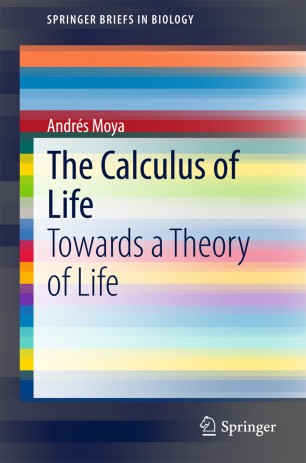 The Calculus of Life

Towards a Theory of Life

Part of the SpringerBriefs in Biology book series (BRIEFSBIOL)

This book explores the exciting world of theoretical biology and is divided into three sections. The first section examines the roles played by renowned scientists such as Jacob, Monod, Rosen, Turing, von Bertalanffy, Waddington and Woodger in developing the field of theoretical biology. The second section, aided with numerous examples, supports the idea that logic and computing are suitable formal languages to describe and understand biological phenomena. The third and final section is, without doubt, the most intellectually challenging and endeavors to show the possible paths we could take to compute a cell - the basic unit of life - or the conditions required for a predictive theory of biological evolution; ultimately, a theory of life in the light of modern Systems Biology. The work aims to show that modern biology is closer than ever to making Goethe's dream come true and that we have reached a point where synthetic and analytical traditions converge to shed light on the living being as a whole.