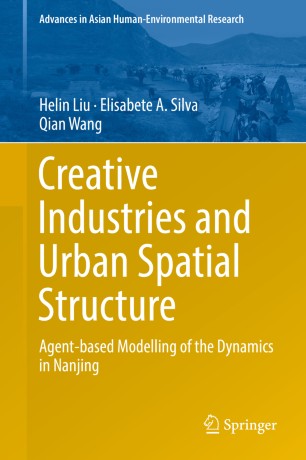 Agent-based Modelling of the Dynamics in Nanjing

This book explores the dynamics of the interaction between the
development of creative industries and urban land use in Nanjing, a
metropolis and a growth pole in the Yangtze River Delta. In the last two
decades, China's economy has been undergoing dramatic growth. Yet,
accompanying with China's economic success is the disturbing
environmental deterioration and energy concerns. These issues together
with the diminution of the advantage of low-cost labour force present
many Chinese cities, particularly big cities specialising in
manufacturing in the most developed regions, the urgency to find new
approaches to "creative China". As an ancient city featured by abundance
of cultural heritages and legacies of heavy industries, Nanjing has been
striving for a decade to transform its economy towards a creative
economy by cultivating creative industries. In parallel with the
flourishing of creative industries are contest for land resources among
different interest parties and restructuring of urban land use. Both are
new challenges for urban planning. This complex process is examined in
this book by an interdisciplinary approach which integrates GIS, ABM,
questionnaire investigation and interview.