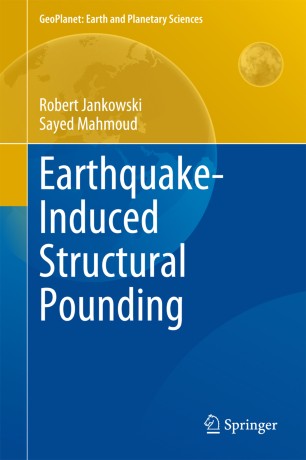 This books analyzes different approaches to modeling earthquake-induced structural pounding and shows the results of the studies on collisions between buildings and between bridge segments during ground motions. Aspects related to the mitigation of pounding effects as well as the design of structures prone to pounding are also discussed.

Earthquake-induced structural pounding between insufficiently separated buildings, and between bridge segments, has been repeatedly observed during ground motions. The reports after earthquakes indicate that it may result in limited local damage in the case of moderate seismic events, or in considerable destruction or even the collapse of colliding structures during severe ground motions. Pounding in buildings is usually caused by the differences in dynamic properties between structures, which make them vibrate out-of-phase under seismic excitation. In contrast, in the case of longer bridge structures, it is more often the seismic wave propagation effect that induces collisions between superstructure segments during earthquakes.