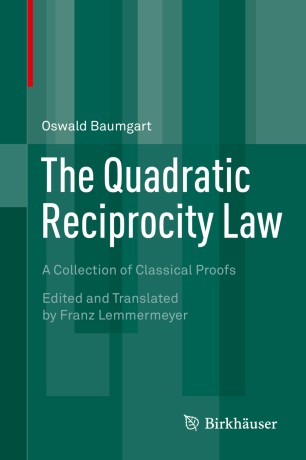 A Collection of Classical Proofs

This book will appeal to all readers interested in elementary number theory and the history of number theory.