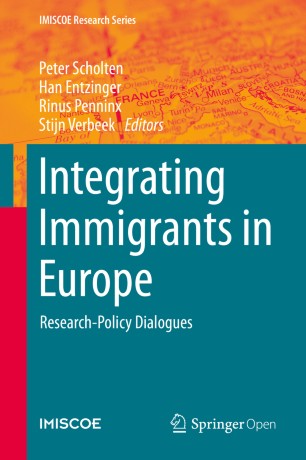 This open access book explores how research and policymaking in the field of migrant integration have developed historically and how this interrelationship plays out in the strongly politicised climate of opinions on migration in Europe. It features interdisciplinary theoretical contributions as well as original empirical studies on research-policy dialogues at both the EU and country level.

The chapters study not only how the dialogue between research and policy is structured (such as advisory bodies, research agencies, and ad-hoc committees), but also how these dialogues affect policymaking and the development of migrant integration research itself as well.

The analysis reveals profound changes in the dialogue structures associated with the research-policy nexus in the domain of migrant integration. On the one hand, dialogue structures have become more ad-hoc, often established in response to distinct political events or to specific problems. On the other, politicisation has not thwarted all efforts to develop more institutionalised dialogue structures between producers and users of knowledge. In addition, research has contributed to policymaking in very different ways in various European countries.