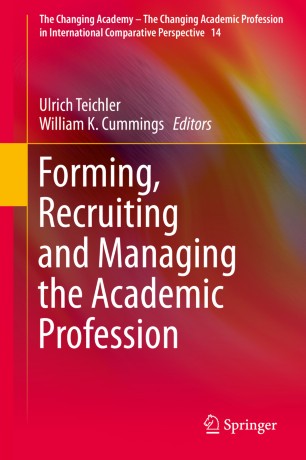 This book focuses on the changes in academic careers and their implications for job attachment and the management of academic work. Against the background of an ageing profession, with different demands on academic staff, increasing insecurity, accountability and internationalisation, it discusses important, common themes in detail. This book examines such aspects as the nature of academic careers and recent changes in careers, changing biographies, rewards of academic work such as income and job satisfaction, internationalisation of the academy, and the organisation and management of academic work sites. This book is the second of two books highlighting  findings from research on the academic profession, notably, the Changing Academic Profession Study and the European project supported by the European Science Foundation on changes in the academic profession in Europe (EUROAC).
An adapted version of the CAP questionnaire has been used to carry out the survey in those countries that had not been involved before in the CAP survey. Altogether 19 countries are covered by the CAP project and an additional seven European countries are covered by EUROAC.