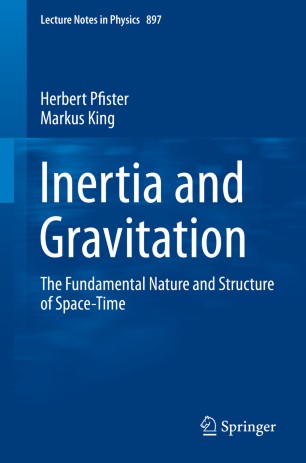 The Fundamental Nature and Structure of Space-Time

This book focuses on the phenomena of inertia and gravitation, one objective being to shed some new light on the basic laws of gravitational interaction and the fundamental nature and structures of spacetime. Chapter 1 is devoted to an extensive, partly new analysis of the law of inertia. The underlying mathematical and geometrical structure of Newtonian spacetime is presented from a four-dimensional point of view, and some historical difficulties and controversies - in particular the concepts of free particles and straight lines - are critically analyzed, while connections to projective geometry are also explored. The relativistic extensions of the law of gravitation and its intriguing consequences are studied in Chapter 2. This is achieved, following the works of Weyl, Ehlers, Pirani and Schild, by adopting a point of view of the combined conformal and projective structure of spacetime. Specifically, Mach’s fundamental critique of Newton’s concepts of ‘absolute space’ and ‘absolute time’ was a decisive motivation for Einstein’s development of general relativity, and his equivalence principle provided a new perspective on inertia. In Chapter 3 the very special mathematical structure of Einstein’s field equations is analyzed, and some of their remarkable physical predictions are presented. By analyzing different types of dragging phenomena, Chapter 4 reviews to what extent the equivalence principle is realized in general relativity - a question intimately connected to the ‘new force’ of gravitomagnetism, which was theoretically predicted by Einstein and Thirring but which was only recently experimentally confirmed and is thus of current interest.