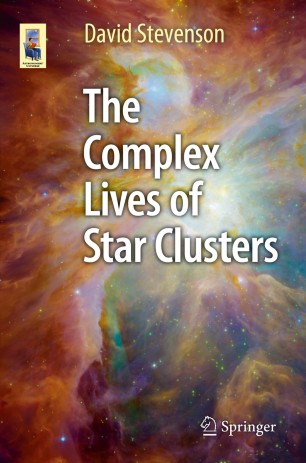 The Complex Lives of Star Clusters

As with the author’s recent books Extreme Explosions and Under a Crimson Sun, the complex topic of star clusters is broken down and made accessible with clear links to other areas of astronomy in a language which the non-specialist can easily read and enjoy. The full range of a star cluster's lifespan is depicted, as both globular and open clusters are tracked from birth to eventual death. Why is it some are dense conglomerates of stars while others are looser associations? Are the young, brilliant clusters seen in neighboring galaxies such as the Large Magellanic Cloud, M33 or M82 analogous to the ancient globulars seen in the Milky Way? How will these clusters change as their stars wane and die? More interestingly, how does living in a dense star cluster affect the fates of the stars and any attendant planets that accompany them?

Star clusters form many of the most dazzling objects in the astronomers’ catalogs. Many amateur astronomers are interested in exploring how these objects are created and what it would be like to live among these objects. From the historical views of how star clusters came about to the most recent assumptions about how stars within these clusters evolve, different strands of science, from observation to theory, are woven together into a compelling investigation specifically targeted at amateur astronomers.

David Stevenson was born in Paisley, Scotland, in 1968, and studied molecular biology at Glasgow University and a PhD in genetics from the University of Cambridge. After a stint in academia, he became a teacher, but continued to write science articles for various magazines including Sky & Telescope. His publications with Springer include Extreme Explosions (2014) and "Under a Crimson Sun" (2014) and he is at work on a new book about weather and exoplanets. Despite a background in Biology, David’s father inspired his interest in astronomy from an early age. Exploring the cross-roads of different scientific disciplines is a key interest and motivation in both teaching and writing.

David lives in Nottingham, UK, with his wife and family.