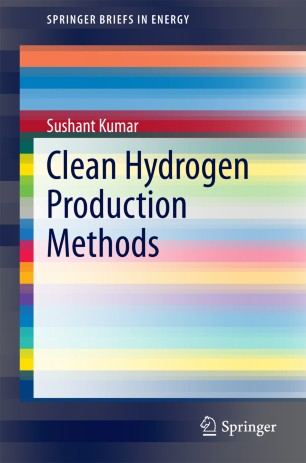 This brief covers novel techniques for clean hydrogen production which primarily involve sodium hydroxide as an essential ingredient to the existing major hydrogen production technologies. Interestingly, sodium hydroxide plays different roles and can act as a catalyst, reactant, promoter or even a precursor. The inclusion of sodium hydroxide makes these processes both kinetically and thermodynamically favorable. In addition possibilities to produce cleaner hydrogen, in terms of carbon emissions, are described. Through modifications of steam methane reformation methods and coal-gasification processes, from fossil as well as non-fossil energy sources, the carbon dioxide emissions of these established ways to produce hydrogen can significantly be reduced.

This brief is aimed at those who are interested in expanding their knowledge on novel techniques and materials to produce clean hydrogen and capture carbon dioxide at a large-scale. The detailed thermodynamic analysis, experimental findings and critical analysis of such techniques are well discussed in this brief. Therefore, this book will be of great interest and use to students, engineers and researchers involved in developing the hydrogen economy as well as mitigating carbon dioxide emissions at a large-scale.