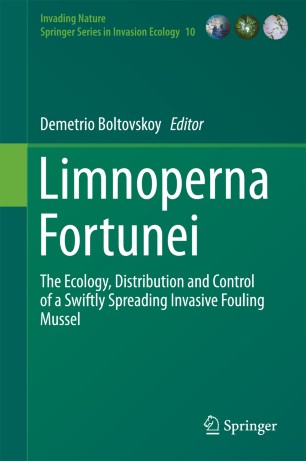 The Ecology, Distribution and Control of a Swiftly Spreading Invasive Fouling Mussel

This book summarizes all currently available information on the ecology, environmental impacts and control methods of the golden mussel in industrial plants. The golden mussel was introduced in Hong Kong, Taiwan, Japan, and South America between 1965 and 1990, swiftly spreading in freshwater waterbodies. In most areas invaded it has become the dominant macroinverebrate and a major fouling pest of industrial plants. Limnoperna fortunei attaches to any hard surface, as well as to some less firm substrates. The growth of Limnoperna populations in raw cooling water conduits became a common nuisance in many industrial and power plants that use raw river or lake water for their processes, both in South America and in Asia. This work is written by experts on the golden mussel from Asia, Europe, North America and South America, each chapter critically reviews previously available information, which is in sources of limited distribution, such as internal reports and theses, in various languages.