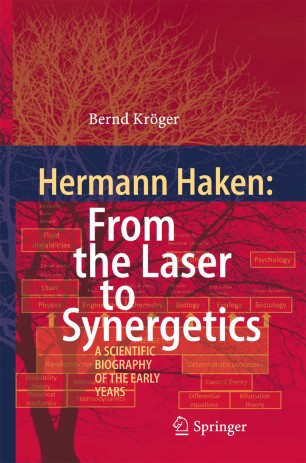 Hermann Haken: From the Laser to Synergetics

A Scientific Biography of the Early Years

Hermann Haken (born 1927) is one of the “fathers” of the quantum-mechanical laser theory, formulated between 1962 and 1966, in strong competition with American researchers. Later on, he created Synergetics, the science of cooperation in multicomponent systems.

The book concentrates on the development of his scientific work during the first thirty-five years of his career.

In 1970 he and his doctoral student Robert Graham were able to show that the laser is an example of a nonlinear system far from thermal equilibrium that shows a phase-transition like behavior. Subsequently, this insight opened the way for the formulation of Synergetics.

Synergetics is able to explain, how very large systems show the phenomenon of self-organization that can be mathematically described by only very few order parameters. The results of Haken’s research were published in two seminal books Synergetics (1977) and Advanced Synergetics (1983).

After the year 1985 Haken concentrated his research on the macroscopic foundation of Synergetics. This led him towards the application of synergetic principles in medicine, cognitive research and, finally, in psychology.

A comprehensive bibliography of Hermann Haken’s publications (nearly 600 numbers) is included in the book.