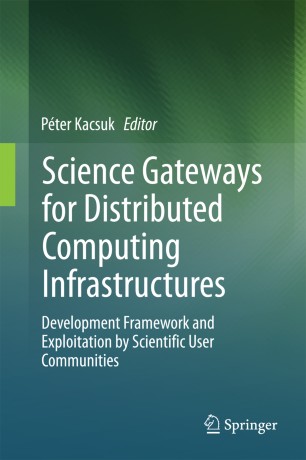 The book describes the science gateway building technology developed in the SCI-BUS European project and its adoption and customization method, by which user communities, such as biologists, chemists, and astrophysicists, can build customized, domain-specific science gateways. Many aspects of the core technology are explained in detail, including its workflow capability, job submission mechanism to various grids and clouds, and its data transfer mechanisms among several distributed infrastructures.

The book will be useful for scientific researchers and IT professionals engaged in the development of science gateways.