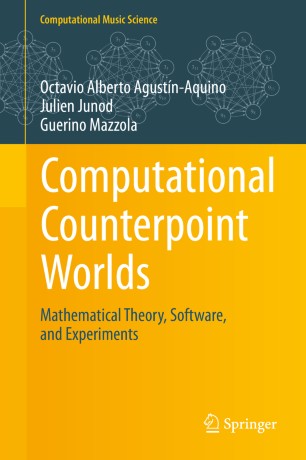 The mathematical theory of counterpoint was originally aimed at simulating the composition rules described in Johann Joseph Fux’s Gradus ad Parnassum. It soon became apparent that the algebraic apparatus used in this model could also serve to define entirely new systems of rules for composition, generated by new choices of consonances and dissonances, which in turn lead to new restrictions governing the succession of intervals.

This is the first book bringing together recent developments and perspectives on mathematical counterpoint theory in detail. The authors include recent theoretical results on counterpoint worlds, the extension of counterpoint to microtonal pitch systems, the singular homology of counterpoint models, and the software implementation of contrapuntal models.

The book is suitable for graduates and researchers. A good command of algebra is a prerequisite for understanding the construction of the model.