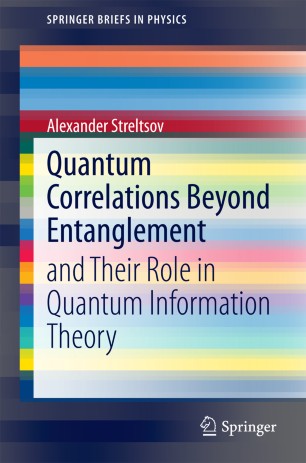 and Their Role in Quantum Information Theory

Quantum correlations are not restricted to the well known entanglement investigated in Bell-type experiments. Other forms of correlations, for example quantum discord, have recently been shown to play an important role in several aspects of quantum information theory. First experiments also support these findings. This book is an introduction into this up-and-coming research field and its likely impact on quantum technology. After giving a general introduction to the concept of quantum correlations and their role in quantum information theory, the author describes a number of pertinent results and their implications.