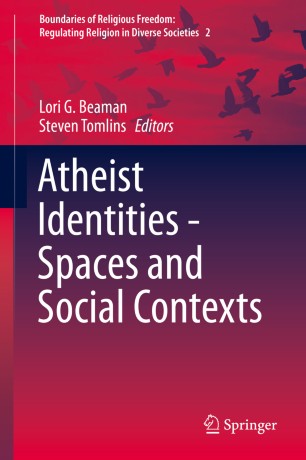 The essays in this book not only examine the variety of atheist expression and experience in the Western context, they also explore how local, national and international settings may contribute to the shaping of atheist identities. By addressing identity at these different levels, the book explores how individuals construct their own atheist—or non-religious—identity, how they construct community and how identity factors into atheist interaction at the social or institutional levels. The book offers an interdisciplinary comparative approach to the analysis of issues relating to atheism, such as demography, community engagement, gender politics, stigmatism and legal action. It covers such themes as: secularization; the social context of atheism in various Western countries; the shifting of atheist identities based on different cultural and national contexts; the role of atheism in multicultural settings; how the framework of “reasonable accommodation” applies to atheism; interactions and relationships between atheism and religion; and how atheism is represented for political and legal purposes. Featuring contributions by international scholars at the cutting edge of atheism studies, this volume offers unique insights into the relationship between atheism and identity. It will serve as a useful resource for academics, journalists, policy makers and readers interested in secular and religious studies, identity construction and identity politics as well as atheism in general.