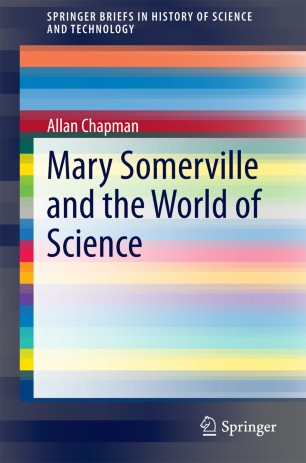 Mary Somerville and the World of Science

Mary Somerville (1780-1872), after whom Somerville College Oxford was named, was the first woman scientist to win an international reputation entirely in her own right, rather than through association with a scientific brother or father.

She was active in astronomy, one of the most demanding areas of science of the day, and flourished in the unique British tradition of Grand Amateurs, who paid their own way and were not affiliated with any academic institution.

Mary Somerville was to science what Jane Austen was to literature and Frances Trollope to travel writing. Allan Chapman’s vivid account brings to light the story of an exceptional woman, whose achievements in a field dominated by men deserve to be very widely known.