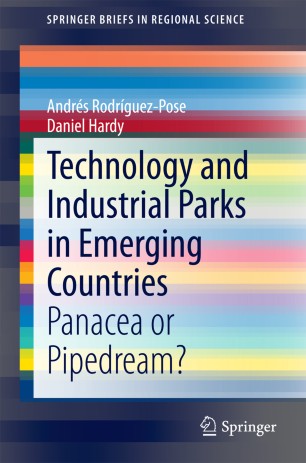 Part of the SpringerBriefs in Regional Science book series (BRIEFSREGION)

Industrial and technology parks are commonly regarded as a policy panacea. They tend to be considered as the ideal instrument to alleviate an assortment of institutional, political, economic, social and ultimately, technological weaknesses and often form the centrepiece of development strategies. Yet, the real impact of industrial and technology parks, especially in emerging countries is still poorly understood. Focusing on examples from Latin America, Asia, Africa and the Middle East, the book represents a first approach to understand the potential and reality of industrial and technology parks in emerging countries. It is argued that although some parks have been successful in addressing a range of key problems, including underdevelopment, unemployment and a lack of investment, the majority have failed to deliver, rendering the promise of many parks little more than a pipedream.