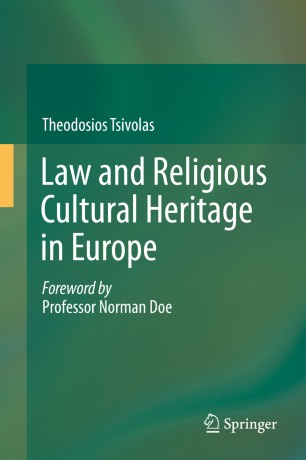 This book examines in detail both historical and current legal concepts of ‘religious cultural heritage’ within the context of the European continent. The latter group is primarily based on the variety of sacred cultural elements emanating from the different religious traditions of the peoples of Europe, which are deemed worthy of protection and preservation due to their outstanding value, in terms of their social, cultural and religious significance. In view of this, the study provides evidence of the European States’ active involvement with their sacred/cultural treasures, on the basis of the political and legal foundations of neutrality and pluralism.

Furthermore, the book analyzes all relevant international legislative instruments (i.e. the plethora of EU, CoE and UNESCO norms), as well as all major European legislative patterns, in light of their significance for the aforementioned aspects of pluralism and neutrality. The interdisciplinary references listed at the end of each chapter provide an additional incentive for further reading on the subject matter.

The most important finding to emerge from the study is that there is a shared legal ethos in Europe that imposes a duty of appropriate care concerning the vast variety of sacred cultural goods, and the religious cultural heritage in general, as an invaluable repository of European cultural capital. It also considers the sui generis nature of this capital: like any other type of asset, it may deteriorate or fade over time, necessitating investment in its preservation or refurbishment; nevertheless, like no other, this particular capital maintains a distinct cultural value, as it contains an additional characteristic of ‘sacredness’ expressed in the form of its ‘religious character,’ the latter being analyzed as a triptych of religious memory, religious aesthetics and religious beliefs.

“This book adds to Tsivolas’s scholarly credentials and is a clearly written study of comparative law that examines the national legislation of twelve European countries. It is a welcome and valuable contribution that offers a fascinating dialogue among law, culture and religion, and consequently, the book will be of great interest to all academics and students working in the area of the typology of church–state relations in Europe and who explore the intersections of law, religion, and culture.” (George Androutsopoulos, Journal of Church and State, Vol. 57 (4), 2015)